Warning: Creating default object from empty value in /home/civl/www/blogs2/wp-includes/ms-load.php on line 138
 Battle of the Bands This Saturday! | CIVL Radio

Battle of the Bands This Saturday!

This Saturday marks the first week of the first round for the Fraser Valley Battle of the Bands at Aftermath on the UFV campus in Abbotsford.

Competing will be 7th Avenue, a rock and blues band from Mission, synth-punk trio Yes Men Jr. and traditional thrashers Merciful Angel, both from Abbotsford. Come out to hear some of the Fraser Valley talent and help them win industry prizes from Long & McQuade, Tractorgrease multi-media, Jayme Anne Photography, and Five Acres Studio.

7th Avenue is originally from Mission B.C. The band has been playing for well over a decade. Their music is well known to the local fans in the Fraser Valley. Valann Dupuis, Clayton Burch, and Kevin Wall are the original band members. Lorne Penner on Bass and Johnny Rocksteady is the drummer.
8:10 pm: 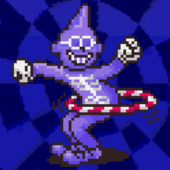 Founded in 2008, Merciful Angel has been tearing up the Fraser Valley scene. With a mix of all the older metal we love, with a somewhat modern approach Merciful Angel has a unique defining sound of it’s own. Releasing our e.p this summer , it’s gonna be a face melter.