CIVL 101.7 FM is proud to present the first ever live FM broadcast of UFV Convocation ceremonies today from the Abbotsford Entertainment and Sports Centre!

Visit the CIVL Radio booth outside the AESC, and tell us how you feel about CIVL for a chance to win one of three copies of Hundred Thousand Pieces, the new solo album from lead guitarist of The Dears, Patrick Krief!

At this same time, with help from UFV’s Student Union Society, CIVL Radio Staff, Board and Volunteers are represented by members of UFV’s Campus and Community Radio Society at the National Community and Campus Radio Conference for the third year in a row!

This year, CIVL represented UFV at an advertising and sponsorship panel alongside Canada’s highest grossing Campus/Community Radio Fundraiser, CJSW from University of Calgary, and Canada’s oldest Campus Radio station, from Queens University in Kingston, Ontario, CFRC, who is hosting this year’s conference in their 90th year of operation!

Last year, UFV Student, CIVL’s Alicia Williams was the recipient of an honourable mention at the National Campus and Community Radio Awards, for Music Programming based on her fem-con episode of Mood Swings, as reported in the UFV Cascade here. CIVL also won the Community Development Award! 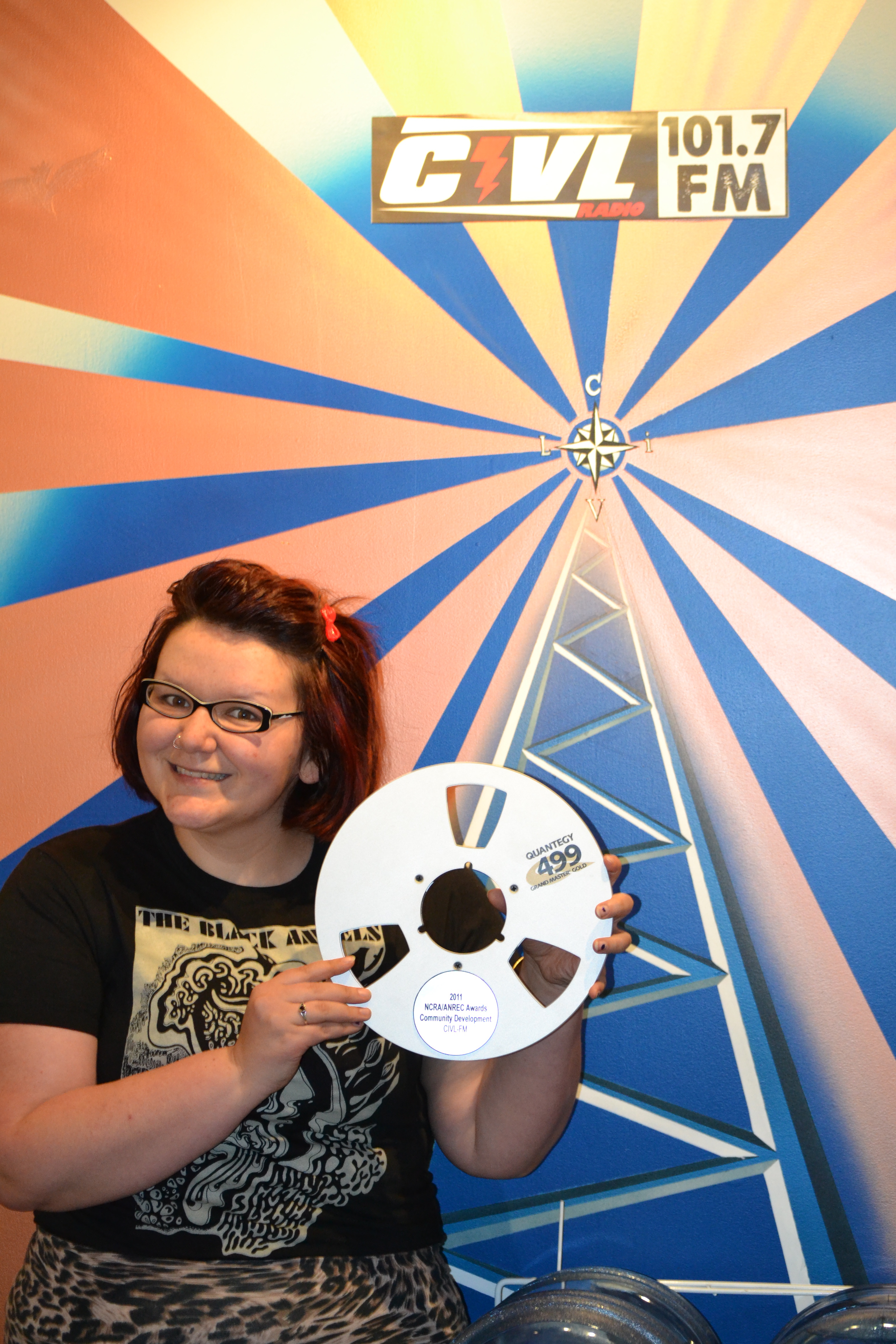 CIVL is up for several awards this year, and will find out on Friday which Campus and Community Radio Stations are recognized for their excellent work in 2012!